Gaurav Chatterjee is a trained composer and actor. He is famous for his work in Breakerr.

Sourav Das is a Bengali actor and worked in many Bengali web series and shows. 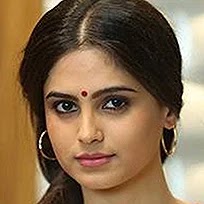 Naina Ganguly is an Indian actress and has worked in the Bengali Film industry. Her remarkable appearance is in Vangaveeti and Beautiful.

she is known for the movie Pocketmar.

Sourav is an actor and a director. He is Known for Dhanbad blue (another Hoichoi web series).

She is an actress and has worked in Taranath Tantrik. Sweta is not very famous in the mainstream Indian film industry but she has quite a name in the Bengali Film Industry.

Mumtaz is a Bollywood actress and also works in web media. She was a cast in the famous Bollywood movie Sala Khadoos.

Charitraheen literal translation in English is ‘Characterless’. Charitraheen web series is based on Sarat Chandra Chattopadhyay’s novel of the same name. This web series tried to depict all the characters characterlessly and aimed to provide the viewers with a thrilling, lust, love and desireful web series. The plot is very tangled and too many twists and unexpected events. This is a dark tale of desire, love, and lust shown over boldly. It’s an 18+ rated web series with a lot of intimate scenes and fanservice as you can guess it by seeing Charitraheen’s trailer. If you haven’t seen trailer then watch it now, it will give you a glance of this series link is given below. There are lots of bed scenes that will drive you insane. But we can’t ignore the fact that this web series has a remarkable plot. This a dark erotic web series and it is sure to make an impact on the viewers. The story revolves around two couples and their tangled relationship. If you like bold content with a little dark story then this one is for you. Now, enjoy the Charitraheen web series dubbed in Hindi on Mx Player for free.

The story follows a couple named Kiran and Haran. Kiran is a very beautiful woman, who loves her husband and loyal to him. But something dark lies in their past, that can ruin their relationship. Haran’s dark fantasy might overcome his love for Kiran. The social life of Kiran was ruined by some stranger, someone put all the intimate pictures on the fake social media account, who is behind all this? and why? Will she find all these answers and who is going to win the game of lust and betrayal? find out all this in the exciting and thrilling web series Charitraheen season 1.

Kiran’s husband is dead now, Vengchi becomes a teenager and sent to rehab because of the mental health issue as her suspicion still remains that “Is her mother in a physical relationship with someone? In the meanwhile, Satish and Kiran meet and a new chapter begins of their life. Kiran going to fall prey to the lust of a man, once again in her life? Find out in season 2 of Charitraheen.

You will like this 3.5 stars rated web series and Watch Charitraheen on Mx player for free.

Web series pro is dedicated to providing you with honest and helpful reviews. In this post, we reviewed the Hoichoi web series “Charitraheenh”. Hope, you liked it.

Share your thoughts, it helps us to know you better.

Q. What is your favorite Hoichoi’s web series?

TVF Aspirants Cast: Naveen, Shivankit, and others in web series