We are going to give an honest and helpful overview of Mx player Original Web Series. If you are unable to decide that ‘Should you watch “Hello Mini” or not? or Is it worth watching or not?. Then you are in luck, we will provide you with Hello mini full details like cast, and a little bit of story to get you excited about this web series and our point of view over this web series, that will clear all your doubts. So, let’s get started.

First, we are going to take a quick look over the star cast of Hello Mini web series.

Anuja Joshi is an actress and a trained singer and dancer. she is an international actress and done work in New York, Los Angeles and also in India. She is the nephew of famous Indian National Winner Pallavi Joshi.

Priya Banerjee is an Indian actress. Her remarkable works are Hume Tumse Pyar kitna and Jazbaa. 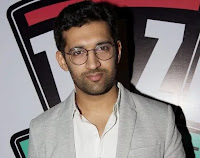 Arun Aneja is an Indian Actor and he is famous for Neerja and Kuch Rang Pyar Ke Aise Bhi. 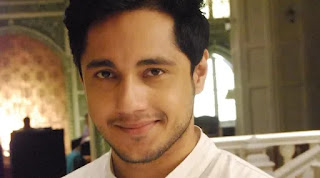 Gaurav Chopra is an actor and lives in Delhi. He has worked in Blood Diamond and Sadda Haq.

Hello, Mini is an Mx Original web series released on 1 Oct 2019. In a nutshell, Hello Mini tries to justify a stalker in a way that he does not seem evil. Hello Mini is based on Novoneel Chakraborty’s book “Marry Me Stranger”. Hello Mini includes lots of topics like extreme fear, daily life problems, and sexual need. And they Have gone deep like sometimes I got scared watching this web series. You can’t justify somethings and stalking is one of them. Stalking can affect anyone’s life to the core, they might even get mentally sick. But in this web series, they tried to justify it and it was really wrong. apart from this Hello mini is superb. Hello Mini displayed, how hard life can be in a new city. They have shown enough bold content to provide better fanservice. Acting is on the other level, Mini did very well, they tried to picturise an Indian family and they did well.15 episodes are too long for the story, but Faruk used all the episodes very wisely and filled it bold and exciting content to give the viewers enough fanservice to enjoy their fullest. Some scenes are really cute as the one when Rivanah was trying to hide condoms from her dad. Being an NRI Anuja and Priya showed some excitement performance but this time Desi girl showed, who is the queen of ‘BOLD’.  This thriller and exciting web series is a worth watching show with a rating of 3-star.

Note:- This section contains spoilers. If you hate spoilers, then skip to the bottom.

Now, It’s time to get into the story of Hello Mini. Rivanah moved into a new city (Mumbai) for a job and the horror begins. She found her missing top, spine-chilling moments, she always feels someone’s presence and she was also getting creepy messages from the so-called “Stranger”. In the meanwhile, Her life at the new office. Colleagues were as creepy as hell. Let me give you her office tour- her HR Vedant always keep asking out her on a date, and the Boss was obsessed or you could say a mental. Rivanah left her sister’s house because of some personal issue and moved into a house that was already shared by two girls the one Pshyco (Asha) and the other one was an air hostess (Priya) but she is crazy. (Keep in mind that all goes parallel to stalking) Apart from stalking, her life was also a mess. She finds out that her boyfriend was cheating on her and witnesses something that she wasn’t supposed to be(find out in the web series). She was really confused that the stalker was friend or foe because at first stalker helped her in the crisis but his obsession for Rivanah got the better of him. Who is the stalker? How does he know everything about Rivanah? Is he a friend of hers? Find out every answer on the Mx player and watch the “Hello Mini” Web series for free and know. Catch this excitement by clicking here.

Anuja and Priya being an NRI did a great work in the ‘Bold Scenes’. Faruk Kabir managed very well and depicted the story very well because the story was not that long for 15 episodes it’s too much but he filled every episode with excitement and ended it in a way that you will find yourself excited about every upcoming episode. As a Binge-watcher I liked Hello Mini Web series but still, I didn’t like the idea of the ‘Justifying the stalking’.

Final thoughts:-
Web series Pro is dedicated to providing you with an honest and helpful review of web series and TV shows. In this post, we reviewed the Mx original web series Hello Mini. Hope, you liked it.

Share your favorite Mx original series, it will help us to know you well.