Wanna Have a Good Time 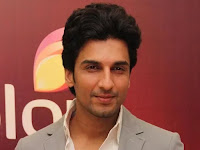 Flora Saini Made her acting debut in the Telugu Film industry. she has also worked with the famous Indian Singer Sonu Nigam. Flora Saini has worked in the Alt Balaji web series ” GANDI BAAT”.

Story of Wanna Have a Good Time:-

The story follows Shilpa ( Flora Saini) and her husband. When Shilpa goes to visit her mom, her husband wants to have a good time and called a number that was in the newspaper. But guess what, he encounters a girl with the same face as his wife. Both are the same or not? ( it’s the only twist of the story. So, I don’t want to ruin your mood by giving you a spoiler.)

What’s good about Wanna have a Good time Web series?

If you like watching the love quarrel and the couple romance then this is web series for you. You will love this couple and their concept of love. They are a couple from college days. It’s a heartwarming, a little bold, 18+ story with the story of love, obsession, the desire of love, mistake, misunderstanding, and betrayal. with a lot of Fanservice.

What bad about Wanna have a Good Time?

It’s a very short web series v with only four episodes and a story that is too short. It was like when you are just getting the feel of the story and you find out that it’s the climax and end of the story. A very fast-paced story.

You should watch this web series if you like watching bold content. Because this web series has a very short story and just made to get the audience’s attention by the cheesy name and attractive tailer, and it was pretty much expected from the ULLU production Team.

In this post, we tried to provide you with an honest and helpful web series review of Wanna Have a Good Time that was produced by the ULLU app. We hope you liked our post.

Answer our question in the comments:-


Q. Which is your favorite Web series that has been produced by ULLU?

Video Review of  Wanna have a Good Time: Hindi